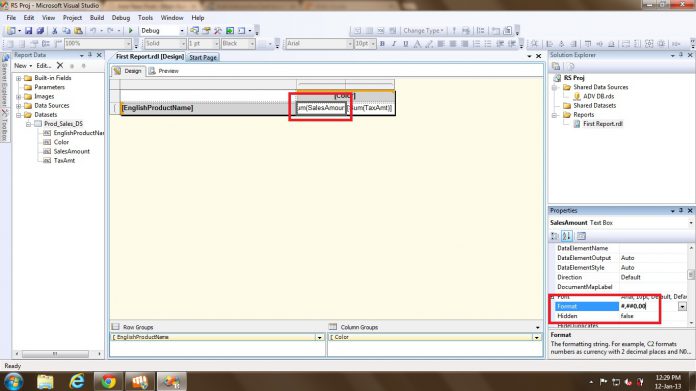 Most frequently you will be coming across the following formatting requirement.

In this post I am gonna show a simple example to demonstrate the same. I created a matrix report with Sales Amount and Tax Amounts and PFB the preview of the same. There are many ways to acheive the same and let me explain the most commonly used one here i.e by using FORMAT property of the text box in SSRS report.

For TWO decimals you need to set the FORMAT property value of the text box to “#,##0.00” as shown below.

For TWO decimal CURRENCY you need to set the FORMAT property value of the text box to “$#,##0.00” as shown below. Now preview the report and you can see the values in new formats as shown below.