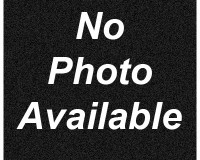 Sometimes you need to convert the data of a column in SQL server table from VARCHAR(String) to FLOAT. When I was working on the similar one today i got an error saying that

PFB the code I have written  –

I was getting this error because there is some data like NULLS and non numeric values which cannot be converted to FLOAT datatype. To handle this kind of error we have to use the CASE Statement. PFB the converted code which converts VARCHAR column to FLOAT column.

In the above example at first point I am checking whether the data is NUMERIC or not using ISNUMERIC() function and if the data is non numeric then I am replacing the value with NULL as I cannot convert it to FLOAT type and then casting the data ONLY when it is NUMERIC to FLOAT.
Hope this helps !!
Regards,
Roopesh Babu V