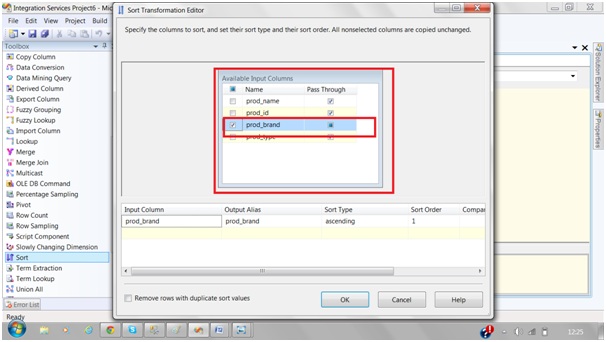 This is one of the transformations which doesn’t need much explanation. Sort is used to SORT the input data in ascending or descending order. You can apply sort on multiple columns of the input data. Let us see an example of the same. This is how we can use Sort transformation to SORT the data in any order. You can also hide the duplicate records if we have any in the column specified in Sort Transformation.