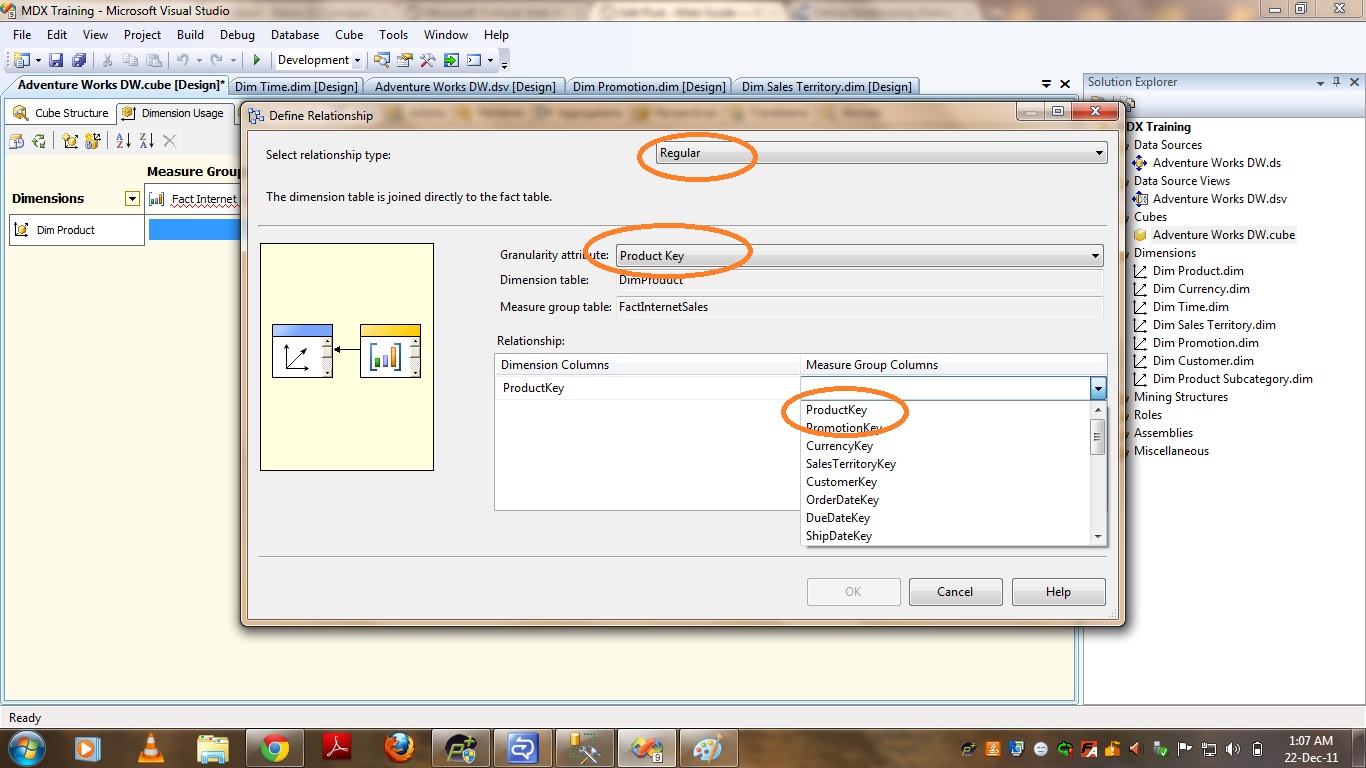 When the Dimension table and the Fact Table(also called as Measure Group Table) are directly related(i.e Foreign Key Relation) then that type of relationship is called as Regular Relationship Type. Lets take a small example from a very well known database to most of us i.e AdventureWorks.

I am taking the following tables to demonstrate Regular relationship type. 1) Select the relationship Type as “Regular”.

2) Select the attribute that defines the granularity of the measure group with respect to the dimension. This attribute is usually the key attribute of the dimension.(ProductKey in our case).

3) Then it automatically displays Dimension Table and Fact Table.

4) It also displays the Dimension Table columns in RELATIONSHIP GRID and you have to select appropriate Measure Group Columns.

PFB the screenshot of the same. That’s it .. The regular relationship is set between a dimension and fact table.

Note – If you provide relationship between dimension table and fact table in SSAS DSV(Data Source View) and the relation ship is direct then Regular will be automatically set by SSAS Server when we add Dimension and Fact. So the best and easiest way is to give relationship in DSV level.